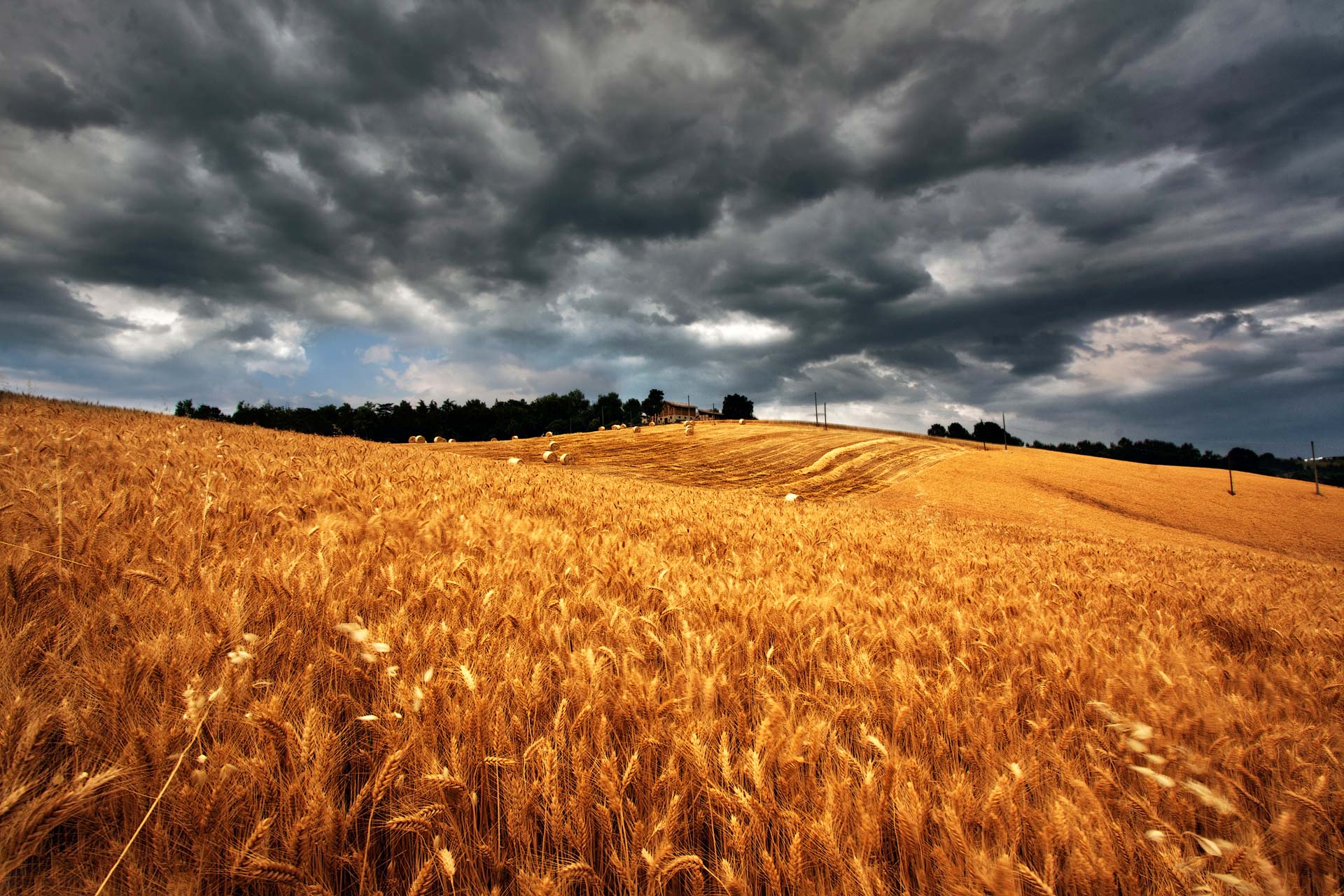 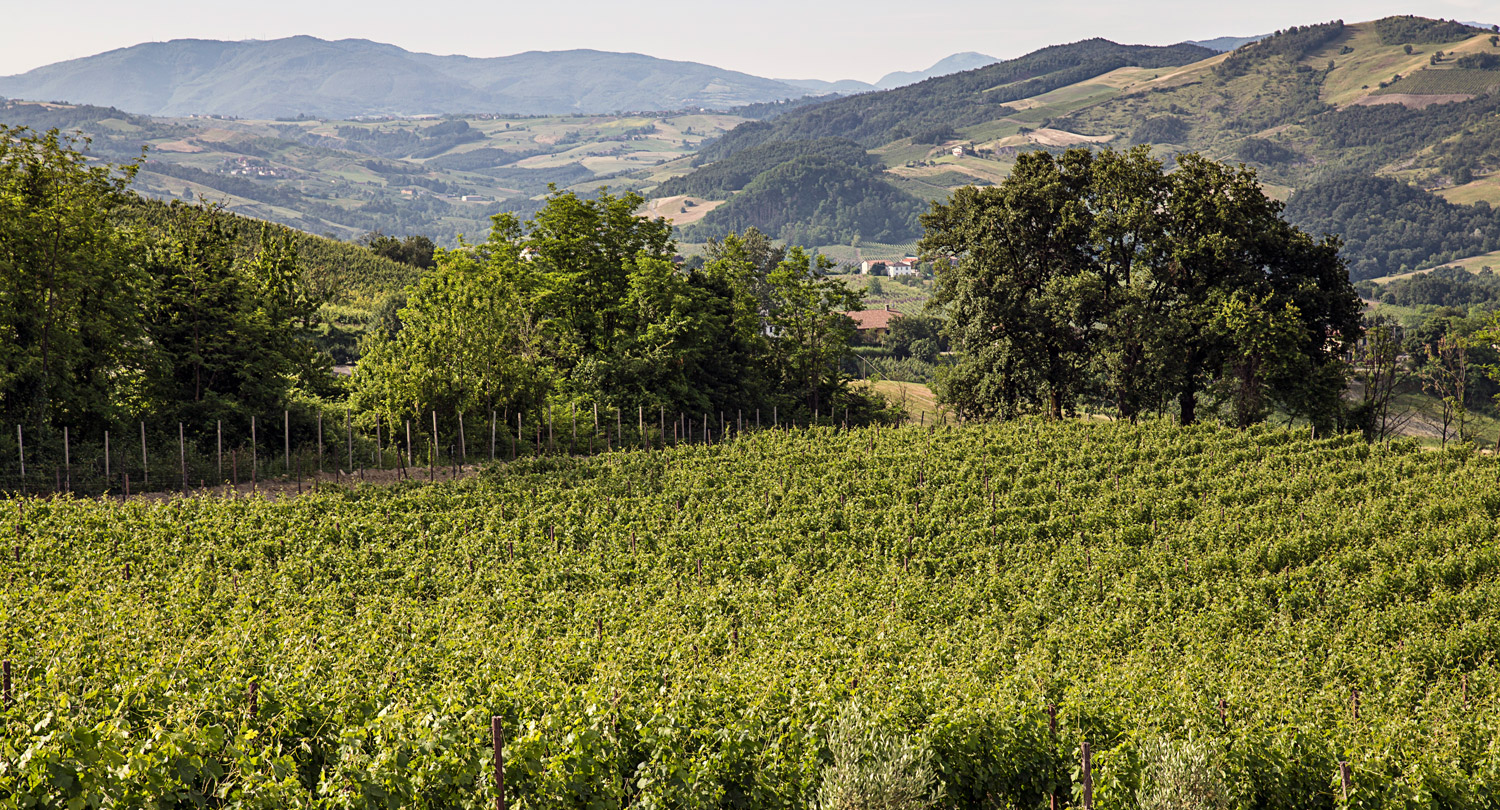 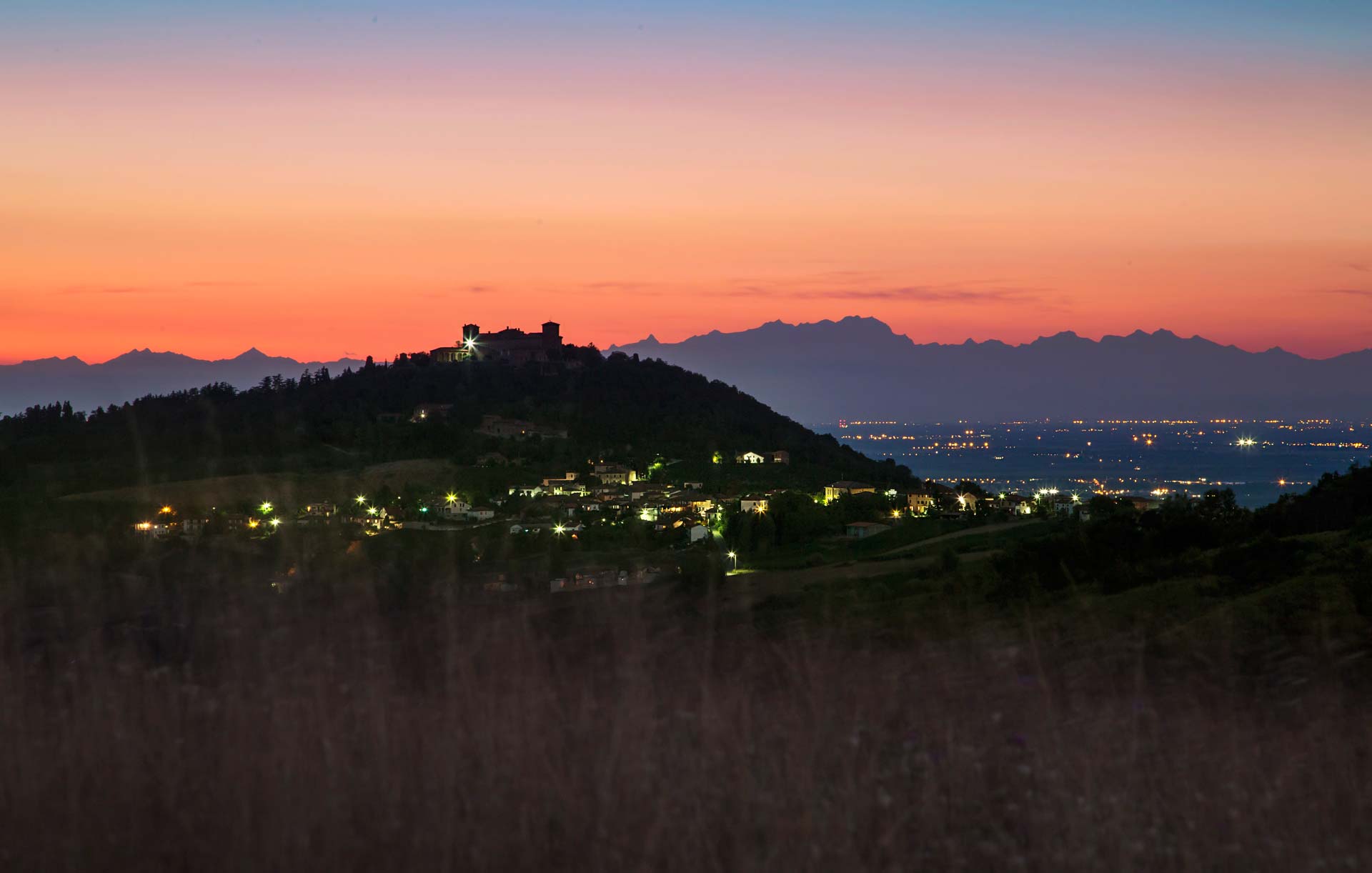 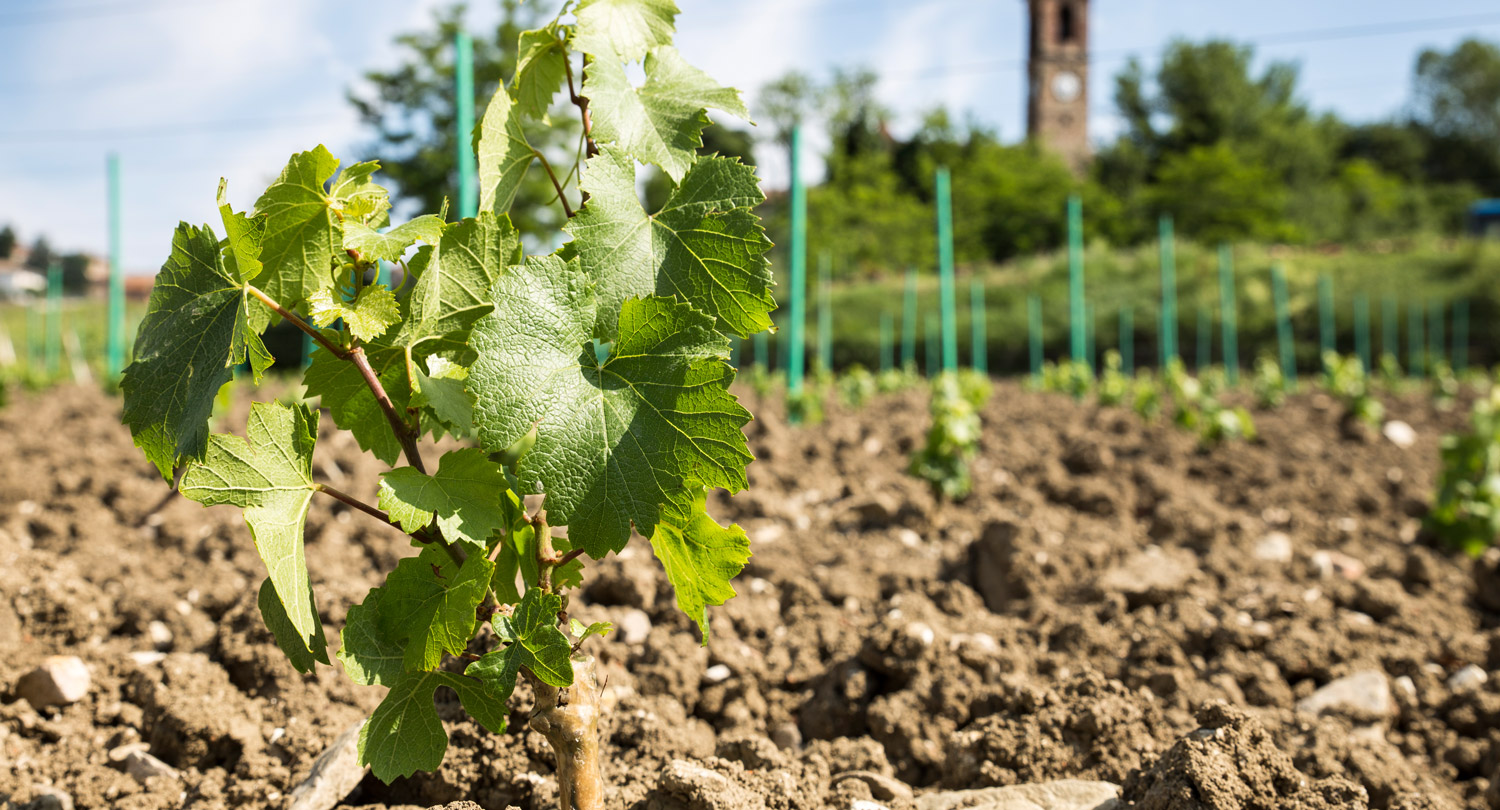 Oltrepò Pavese is the southernmost tip of Lombardy, under the province of Pavia, which extends for 1.089 sq km and is bordered by Piedmont, Emilia and Liguria. It is a triangular shaped piece of land, which recalls the image of a bunch of grapes: the larger side consisting of the right bank of the river Pò and the summit, enclosed between the provinces of Alessandria and Piacenza, is wedged up until the Ligurian-Emilian Apennines. The territory consists of four main valleys, that fan out on the short flatland strip, which accompanies the Pò river. The profile is hilly with steep sides which rise up to 1700 meters above sea level coinciding with the first Apennines and more rounded ridges in the eastern area towards Piacenza.
The hills of Oltrepò offer very attractive landscapes and represent , in Italy, the third most extended area for surface being almost entirely cultivated with vines with mainly production in appellation.The variedness of the territory, the proximity of the sea and the presence of rivers and streams influences the climate which is mild and temperate, with excellent temperature ranges between night and day especially in summer. From the wine producing point of view the Oltrepò Pavese stands out in Italy for the importance and peculiarity of its productions.The hills of Oltrepò represent the third area of production of certified wines, in Italy, for the number of hectares in vine registered on the Roll of Vine(after Chianti and Asti) and also for the hectoliters produced; is the first wine basin of Lombardy (with 63% of area under vines produces the 55% of wine in the entire region).The production of Pinot Noir in Oltrepò represents about 75% of national production of the grape, as well as the Croatina represents about 70% at national level. Thanks to its almost 3000 hectares of Pinot Noir the province of Pavia area is at the first place in Italy and one of the most important in the world for the production of sparkling wine with 12 million bottles per year of which 1.5 million of Classic Method sparkling wine. The same primacy is held, at the national level, from the Riesling, Rhine and Italic, who found its ideal environment in a micro-zone made of small valleys in the municipalities of Oltrepò Central. The territory is crossed by the 45th North parallel , the famous parallel of wine, that goes through the most suitable areas for viticulture, that is to say Piedmont, the region of Bordeaux and Oregon. The proximity to the city of Milan, the beauty of the hills and the sight of the mountains are very strong factors of the potentiality of this area.